How To Know When a Pest is Dangerous 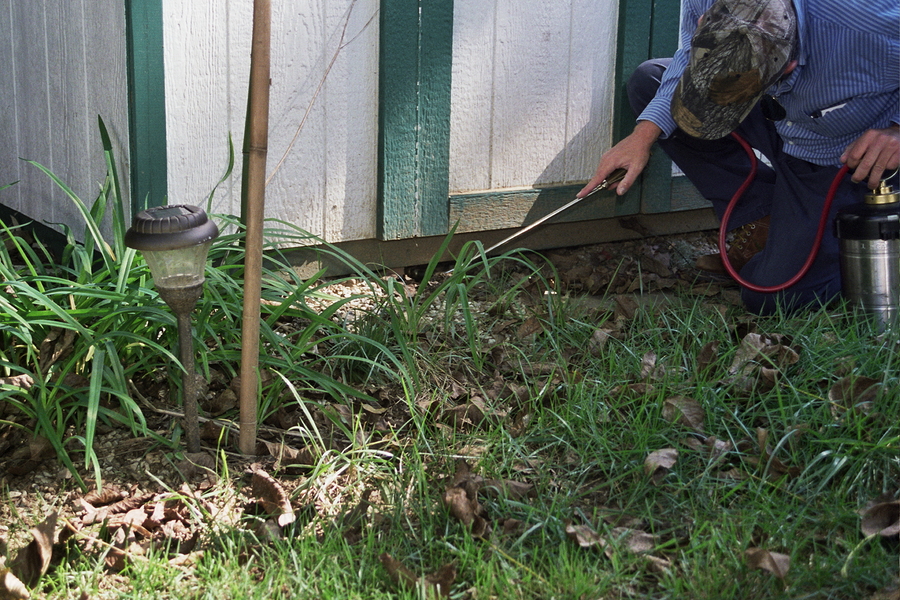 With some types of pests there are some telltale signs that will show whether they’re dangerous or not. Snakes,spiders, and bees are the most often misidentified.

It is understandable to be anxious about venomous spiders, so it’s important to know the difference between a harmless spider and a dangerous one. A handy spider identification chart is good to keep around for reference.

Most spiders are absolutely harmless to humans. In fact, only four species are known to be dangerous: the brown recluse, the black widow, the hobo or aggressive house spider, and the yellow sac spider. Within this select group, only the brown recluse and the black widow have ever been associated with significant disease and very rare reports of death. These two types are common though, so keep their identifying characteristics in mind.

Brown recluse spiders are notable for their characteristic violin-shaped pattern on the back of the cephalothorax (the body part to which the legs attach). The violin pattern is seen with the base of the violin at the head of the spider and the neck of the violin pointing to the rear. These small non-hairy spiders are yellowish-tan to dark brown in color with darker legs. They have long legs - about one inch in length.

These are perhaps the easiest to identify as the adult black widow has a unique red hourglass design on its small body. This bright red design against the coal-black body is usually obvious even from a distance.

Snake species are a little more difficult to identify due to similar patterns and head shapes. Rattlesnakes are obviously easier to spot as they have the trademark rattle on their tail. Others, such as the common Copperhead and venomous water snake, can be a little more of a challenge. All three of Virginia's venomous snake species (Eastern Copperhead, Northern Cottonmouth, and Timber Rattlesnake) are pit vipers. The "pit" in pit-viper refers to the heat-sensing “pit” located between the eyes and nostrils on the snakes head.

Identifying characteristics of these pests are similar to other harmless snakes. So learn the difference between them to avoid removing other beneficial snakes. Large black snakes and garden snakes are actually helpful for riding your yard of dangerous snakes like the venomous copperheads. There are several ways to identify a copperhead, but the easiest and safest way is to look at their pattern. The darker spots on the back of the snake are in an hourglass shape, meaning they are wider on the sides and thinner in the middle. If you look at a copperhead from the side, the hourglass spot touches the ground. Most similarly patterned snakes have spots that do not reach all the way to the underside. Baby copperheads sport a bright green tail and are therefore the easiest to differentiate.

The is a venomous species of water snake that is often confused with other harmless types. The name "cottonmouth" refers to the manner in which the this reptile notifies other animals and humans of its presence. When they spot you, they’ll open their mouths and flash the inner white lining of their mouth. This is not always an aggressive action. It simply makes the cottonmouth more visible to potential intruders.

This venomous snake has the telltale rattle like other species of rattlers making it easy to identify and rarely confused with harmless species. Timber Rattlesnakes are large, heavy-bodied snakes that are characterized by dark crossbands or chevrons on a lighter background. This species usually has a black tail, but there is considerable variation in the overall color of individual snakes.

Bees and Wasps and Hornets

There are so many species of bees and wasps that these common summer pests are very difficult to identify. They are very territorial too, and all species can act aggressively. There are some key characteristics to look for in these pests.

Bees are generally fuzzy pollen collectors that almost always die shortly after stinging people (because the stinger becomes embedded in the skin, which prevents multiple stings unlike wasps which sting many times). Bees’ bodies are typically rounder and fuzzy rather than elongated like wasps.

These pests are much more dangerous and aggressive than bees. Wasp species include yellow jackets and hornets. Wasps have two pairs of wings and are not fuzzy with longer body parts. Only the females have stingers, but they can sting people repeatedly.

No matter what type of pest you encounter it’s always best to avoid direct contact with them. Contact Eagle Pest Services for all your pest control needs to schedule an inspection with a professional, experienced technician.