How To Get Rid Of A Cricket You Can’t Find 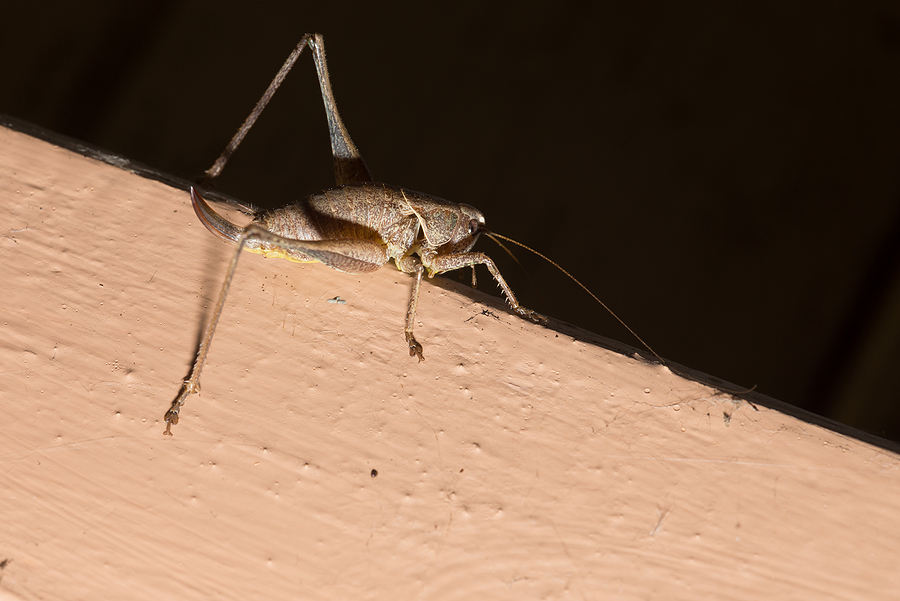 Although crickets prefer to be outdoors, they will often seek shelter in your home. We’ve all likely had that moment when we suddenly hear a chirping noise and are unable to find the cricket. The chirping actually does have a purpose aside from being annoying. Male crickets make sounds by rubbing the edges of their forewings together to call for female mates. This motion is called stridulation. Some species have several songs in their repertoire. The calling song attracts females and repels other males, and it's fairly loud, especially if one is hiding in your home.

There are some ways to find and catch these noisy pests. Looking for and trapping a cricket will take some patience on your part. You may have noticed that a cricket will suddenly stop chirping once you start walking around to find where it’s hiding. This is because they are sensitive to vibrations and noises. Since most predators of crickets are active during the daylight, crickets naturally chirp at night and are silent during the day. The slightest vibration might mean an approaching threat, so the cricket goes quiet to throw the predator off its trail.

If you're patient, you can sneak up on a chirping cricket. Listen for it and then walk toward the sound. Once it stops chirping, remain still. Eventually it will decide it's safe and begin calling again. Keep following the sound, stopping each time it goes silent and moving again once it begins to chirp. Of course, this takes time and can be frustrating.

The best approach to finding a cricket is to put down an insect trap with bait. You can make your own with items you likely already have, or you can purchase one from the store. Here are some do-it-yourself tips to help locate and trap the pest.

Take a can of beer and empty its contents, leaving behind just a few drops. Place the can lying on its side in the area where you’ve seen or heard the noise. Crickets are attracted to the sweetness and strong smell of beer. They will crawl into the can to get to the drops left inside. Check the can periodically and remove it once the cricket is trapped.

The molasses trap method will allow you to catch crickets without commercial sticky traps, which can harm other animals who come into contact with them. Take a clean glass jar and place a generous spoonful inside the jar. Add a bit of water to make the molasses just a little runny. Place the open jar in the area where you have heard or seen crickets. The crickets will be attracted to the molasses and will jump into the jar to get to it, becoming stuck and unable to hop out. Be sure to check the jar regularly and keep away from household pets, and children.

For crickets, or any other insects you want to remove from your house but don’t necessarily want to kill, try the method of placing a jar or any cup over the insect, then gently slide a thin (but strong) piece of cardboard (a postcard works well, for example) underneath the opening of the jar. Now you will have that on top so that you can take it outside without it hopping out. Be sure to take the cricket far away from your house. If you just let the cricket out right outside your front door, the cricket will probably try to find a way back in.

If you find this to be tedious or suspect a serious pest problem, contact your local pest control pros at Eagle Pest Services to discuss an inspection and options for extermination and pest prevention.